Way back before there were a ton of Sasuke cosplayers, and before the series started airing in the States, I had made this costume for AnimeUSA 2004. I had fallen in love with the Naruto series and making Sasuke was quicker than making Naruto. One of my friends was going as Sakura so I had a counterpart.

I drafted a basic shirt and a collar to match Sasuke's infamous obnoxious standing one. I used a bottom weight blue fabric and the inside of the collar is a white twill. The shorts I created from a base shorts pattern: Simplicity #5581, and modified the pockets and length and removed other pocket elements on the legs. The arm warmers are mae from the same white twill and each end was finished with the blue fabric of the shirt and finished with buckles.

The headband was made from foam and styrene sheeting plastic spray painted silver and attached to the fabric headband with silver paper brads. The ninja sandals were made from a fabric sock fitted over the sandals. The butt-pouch was made from a tan canvas and custom drafted same as the leg holster made from black canvas.

Kunai and shuriken were sculpted and then molds were made from which I made resin casts and had ninja weaponry. 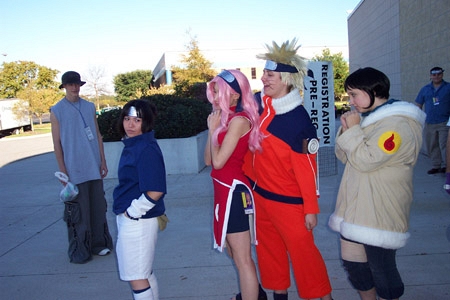 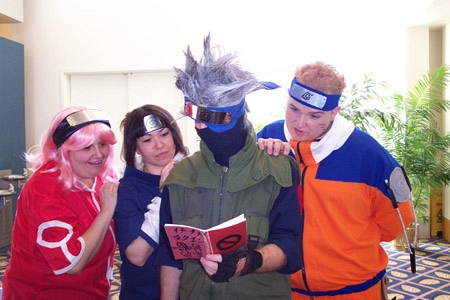 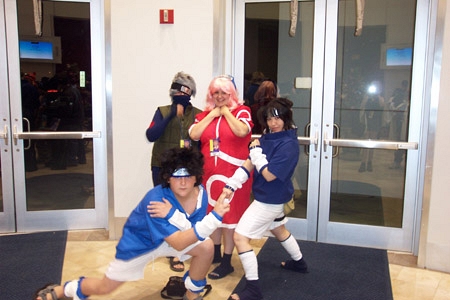 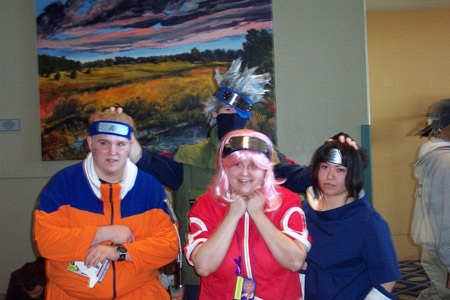 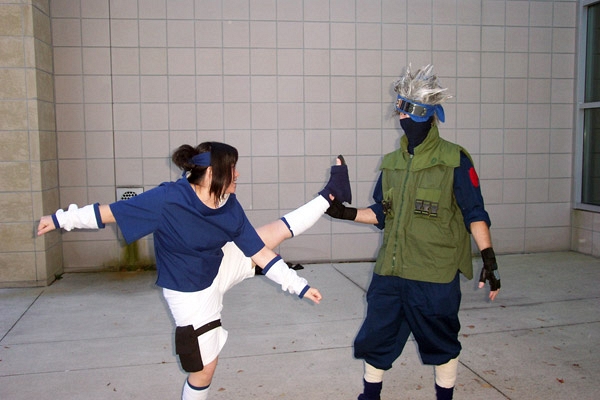