I have to say that this cosplay is my absolute pride and joy. My friend Erik introduced me to the anime series because he knew I loved vampire stories. Even in the anime I realized that there was something about Seth when she was first introduced in the Empire, and of course, there was. I decided I was going to cosplay her so after I did some investigation into more of her story, I found translations of the novels and found the artbook containing the gown she is wearing on the ROM III novel cover. That was the one. It is artwork by Thores Shibamoto.

There was a lot of time spent studying the design on the outfit. All the little details and little differences that exist. For example, the Empire design (moon design) alternates colors from the hat to the sleeve to the ones in the front to the one on the skirt. Scaled as much of the back design as I could making up gaps in the design from the repeating design patterns on this and other empire outfits. There was a lot of planning that went into this cosplay and a lot of time spent. It was finally totally completed after 2 years of work.

I had to draft the majority of this costume from scratch because I could not find many patterns that had anything similar to the design. I did use pattern Butterick 3836 in order to draft seams in the jacket that would also continue down in to the skirt pattern I drafted. I did mock-ups of my drafted pattern with scrap fabric until I got it right. Then the real sewing began.

My main fabric choices for this outfit consisted of white Casa satin and green velveteen. Each little design detail was made from multiple layers consisting of interfacing casa satin and sheer organza. Each color was individually cut out then appliqued with a satin stitch with gold metallic thread onto a patch base, and then appliqued again onto the dress. This was an absolute time consuming process. It's not easy adding a centimeter circle onto a huge skirt. I also ended up purchasing a braiding foot to help add various piping onto the outfit. About 3 miles of metallic gold thread was used on this outfit.

The hat was made from styrene sheeting and cardboard. I had to draft the fabric pattern to match, because after all the designs were appliqued and sewn own, the fabric was mounted onto the hat base and glued on. Then I hand stitched the front to the back giving the hat it's final shape. Gold metallic cord was glued on the edge to hide the stitching and the seam. Many people ask me how the hat stays on. And honestly, there are not any combs or hooks to hold it onto my head. I think the majority of the hat is held up by the mass of hair that is hiding underneath my wig. Surprise, I have waist length hair under there!

The armor pieces including the crown part of the hat, the breastplate, the upper arm plates, and the armor pieces on the boots are made from wonderflex, craft foam, and puffy paint. I start with shaping the wonderflex into the shape I want. For my breastplate I shaped it on my dress form, after covering the dress form with foil to protect it from the heat and stickiness of the wonderflex. After that, details were added with craft foam, and more subtle detailing was done in puffy paint. Then everything was coated in layers and layers of Elmer's School Glue to soften the raised designs of the foam and puffy paint so it looks more like it was embossed. I continued adding glue until the design was smooth. Wonderflex has a texture to it, and unless you add a coating to it to smooth it out, it will not be smooth. Green Swarovski crystals were added to the armor to highlight the green spots.

Other details: Tights were red tights and I eventually painted a stenciled trailing flower design using white fabric paint. Boots were purchased and gold buttons hand sewn onto the sides. Wig is an Olivia wig from Cosworx in 1B. Hint: I suggest most people go with a 1B (soft black) wig over 1 (Black) because the stark black can be overly drastic for most people's skin tones and the 1B appears more natural for most people. Large drop beads were cast from resin. Floating armor was made with styrofoam, duct tape, puffy paint, craft foam, and metal wire. It is held up from the body via wiring that is fitted between seams on the gown. 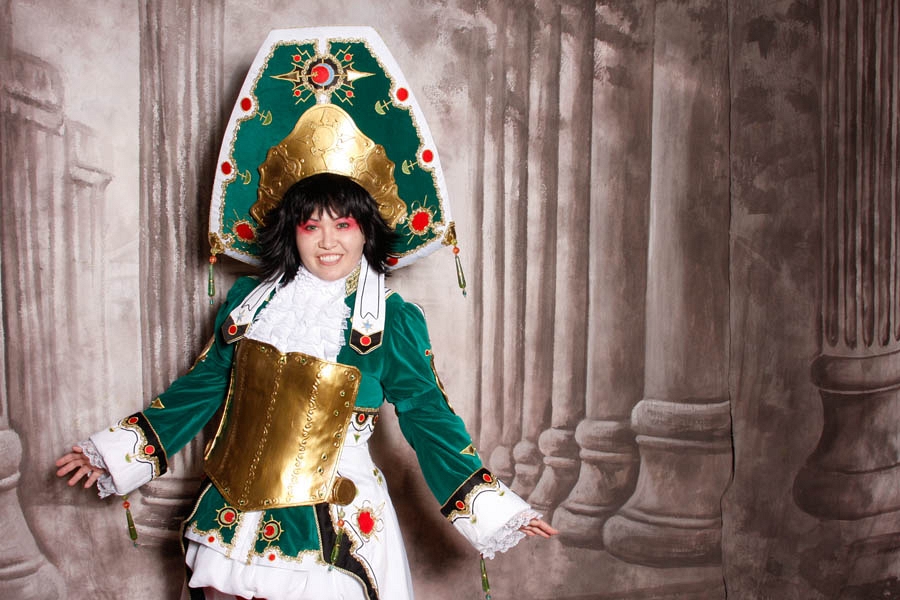 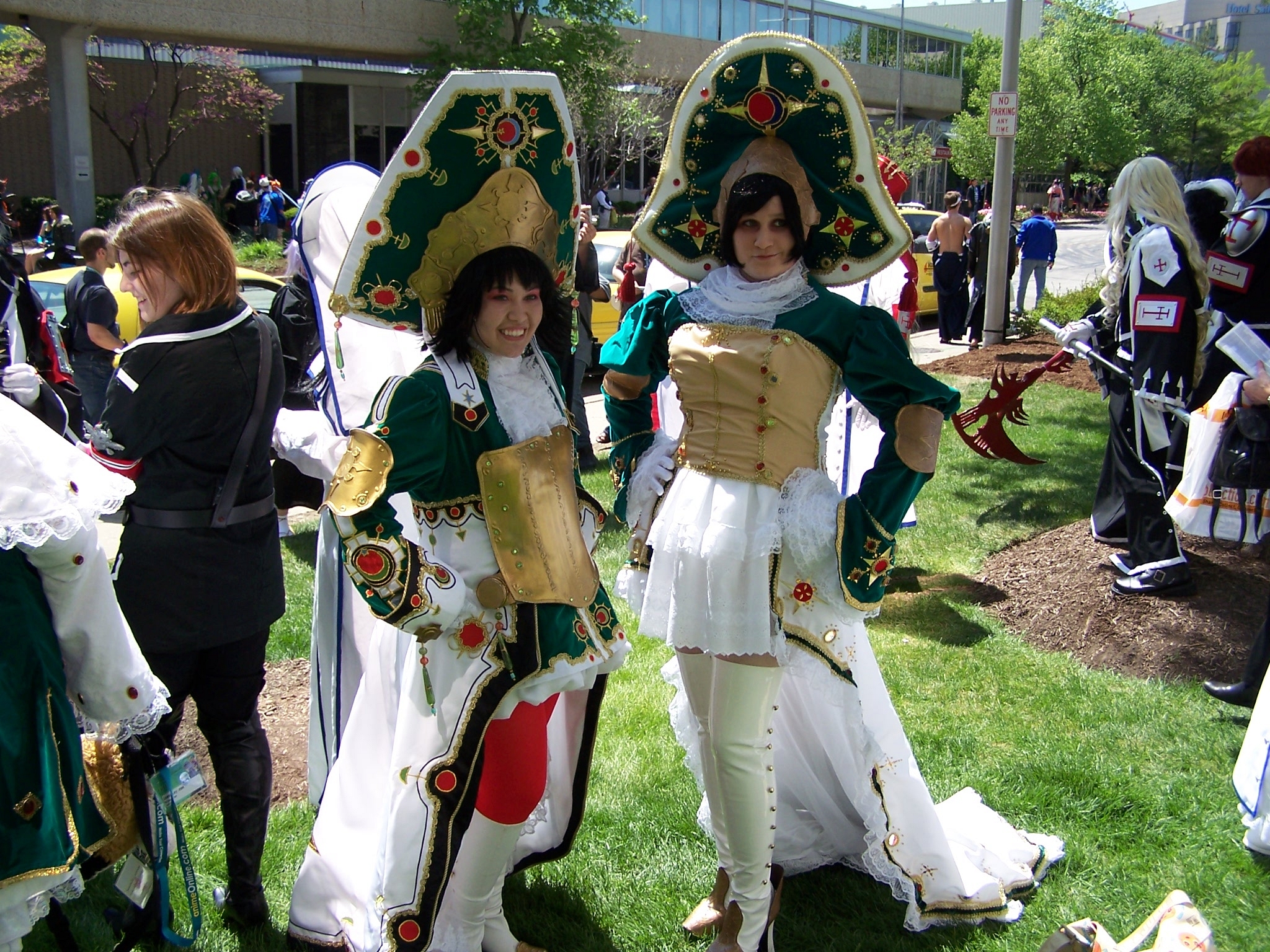