Once upon a time there was a group that decided to do Kingdom Hearts cosplay. They had every main character plus the entire Organization. They needed a King Mickey. And since I had done a mascot costume before...well, I got tagged. LOL

I made the head using the plastic mesh mascot head technique and sculpted the shapes on the face from foam. I covered it in felt because it was the closest that I could come to the color that I wanted, and viola! The ears are removable as to take on and off the hood of the cloak. They too, are made of foam, covered in fabric and are mounted on dowels which insert into slots on the head.

The cloak was made oversized and zipped up the front and a huge hood had to be created that fitted the mascot head. The chains and hood pulls were made from Sculpey. I managed to find Mickey head shaped buttons in the scrapbook section of the local craft store and spray painted them silver and sewed them onto the cloak. 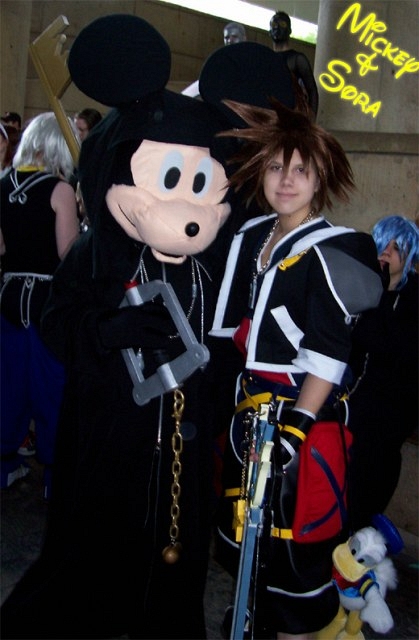 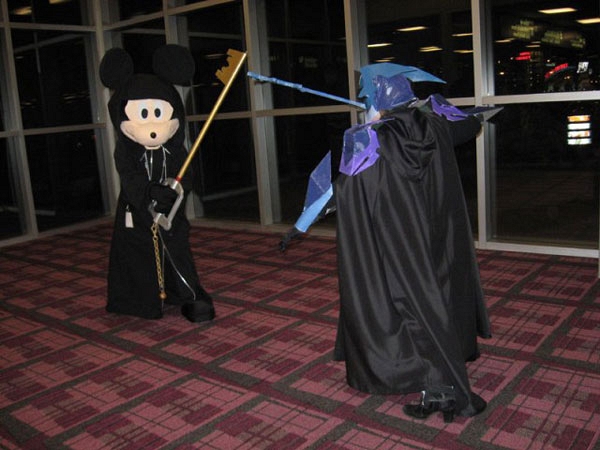 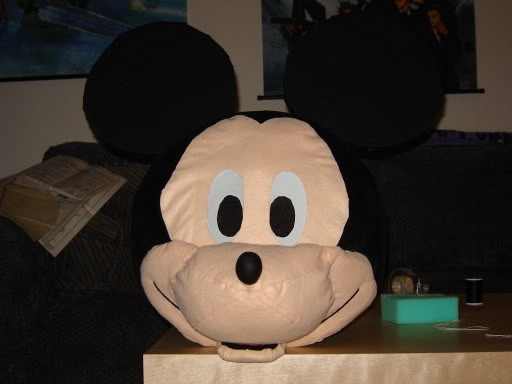 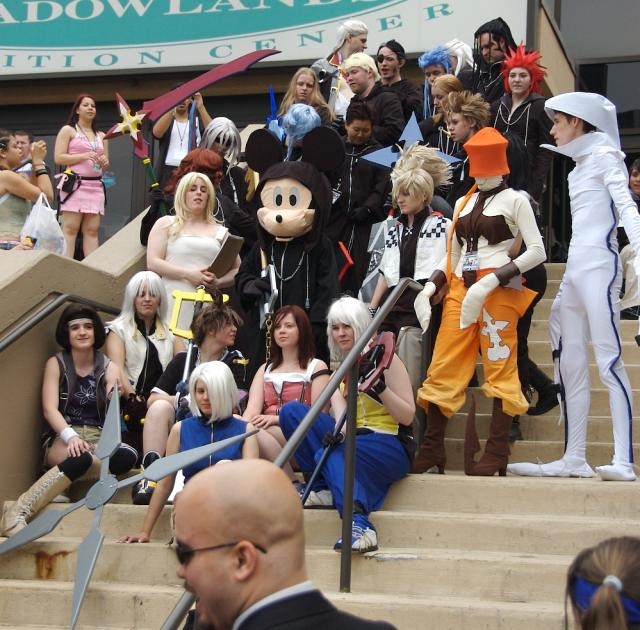 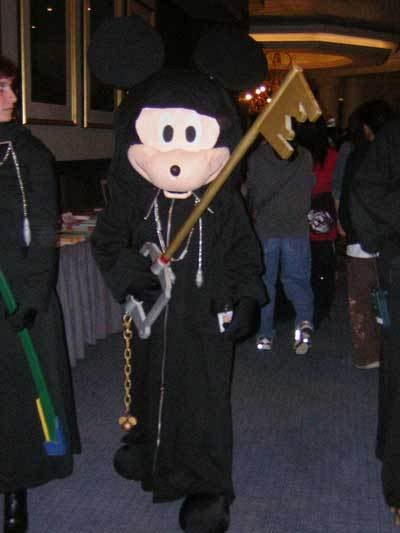