Deidara, an Akatsuki member from Naruto, was another of my numerous cosplays from the series. When I made this for AnimeNext 2005, I had to guess at the colors of his hair and eyes and such because no color images of him had been released. In fact, when I started cosplaying him, we weren't even yet sure if it was a "him". There was much debate at the time if perhaps he was a she. But in the end, Deidara was a guy.

For this, I started with a Jedi robe pattern for the coat and drafted my own pattern for the collar. The collar also has Pellon 70 within for extra support so it stands up. The jacket is completely lined, and I used the lining fabric for the clouds and the trim as well. Each cloud was appliqued on using the widest stitch I had on my sewing machine.

Created the sandal covers with Elastic at the top and also at the bottom to hug my ninja sandles. The eyepiece was created from camera parts for the lense parts. Then the base was made from a mask carved to the proper shape and covered in black stretch vinyl. On top of that was a box crafted from plastic sheeting and covered in a metallic fabric with the camera lenses imbedded, so I can actually see out of the eyepiece.

The headband was created from the same fabric as the outer coat, and the metal plate was created from plastic sheeting backed by craft foam to give it some thickness, then spraypainted silver. Paper brads were used for the screws. The ring was an Akatsuki ring I had purchased a while back and covered the original Akatsuki design with a removable sticker.

The wig was cut and styled with a ponytail and swept to the side. A small piece of wood is in the ponytail so it has a little more support to stand straight up. The hand-mouths were created from a baby's pacifier. At first I used prosthetic adhesive to hold on the mouths, but my sweaty palms kept them from sticking properly, so eventually I switched over to putting the mouths on clear vinyl which wrapped around my hand. That ended up being much more practical since then I could remove the mouths when I did things that required full use of my hands. 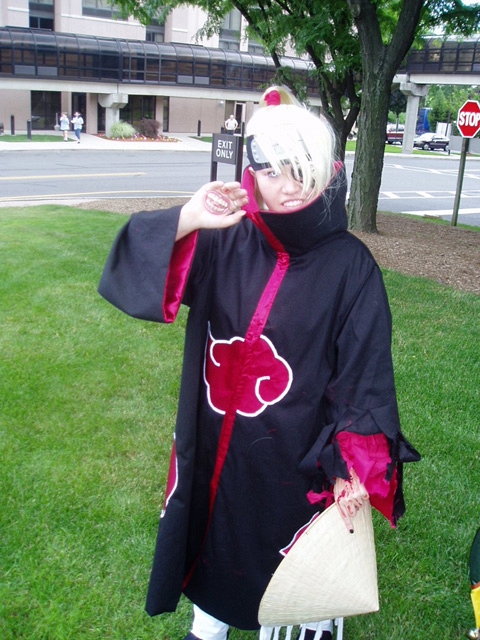 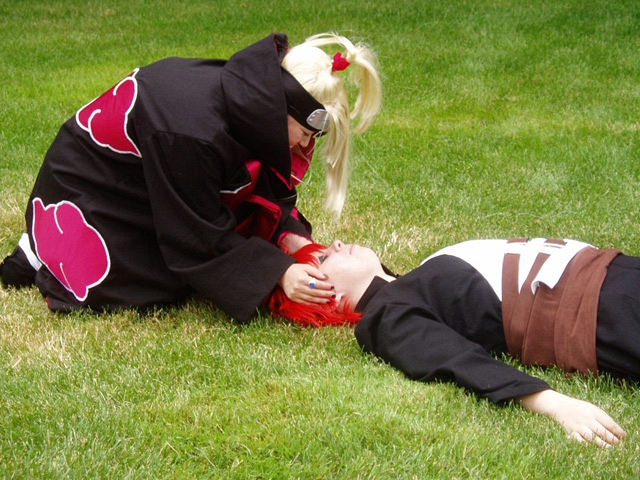 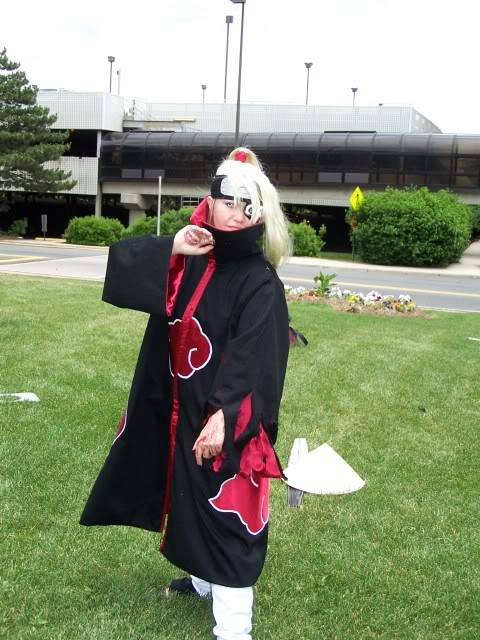 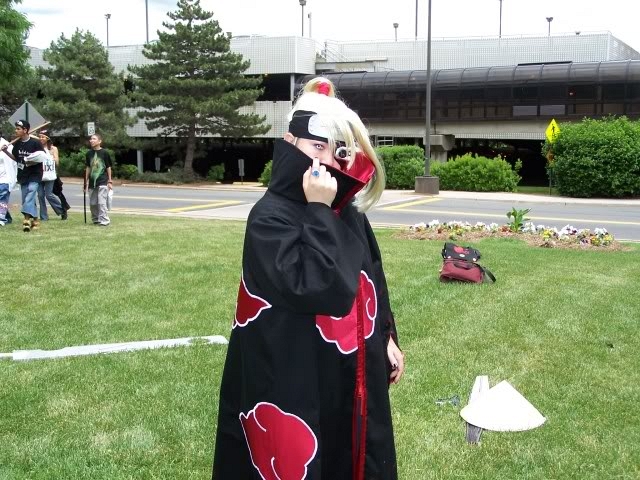 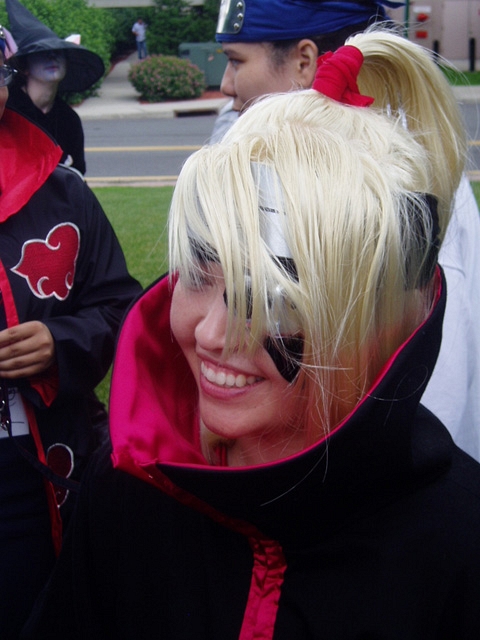 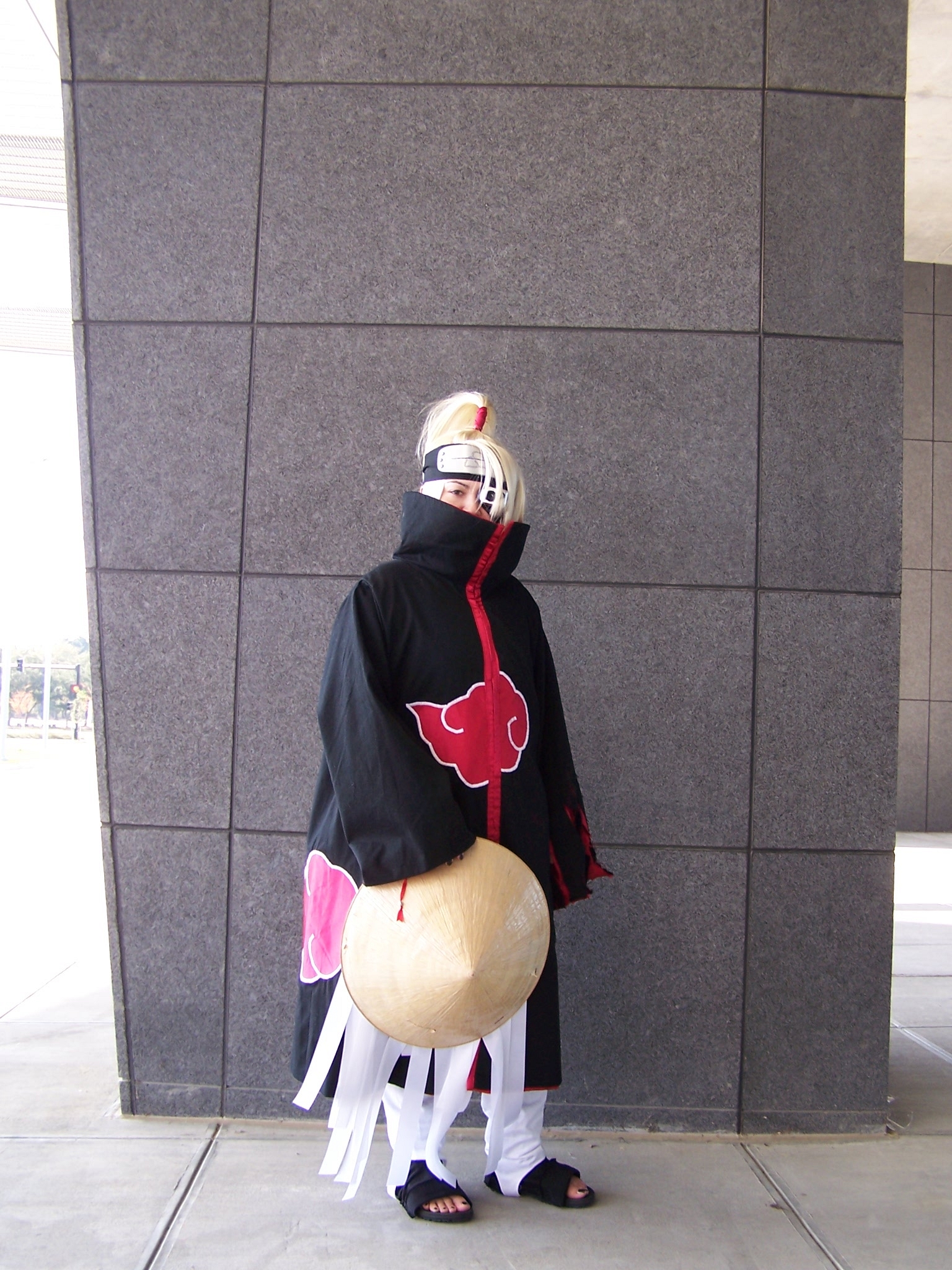 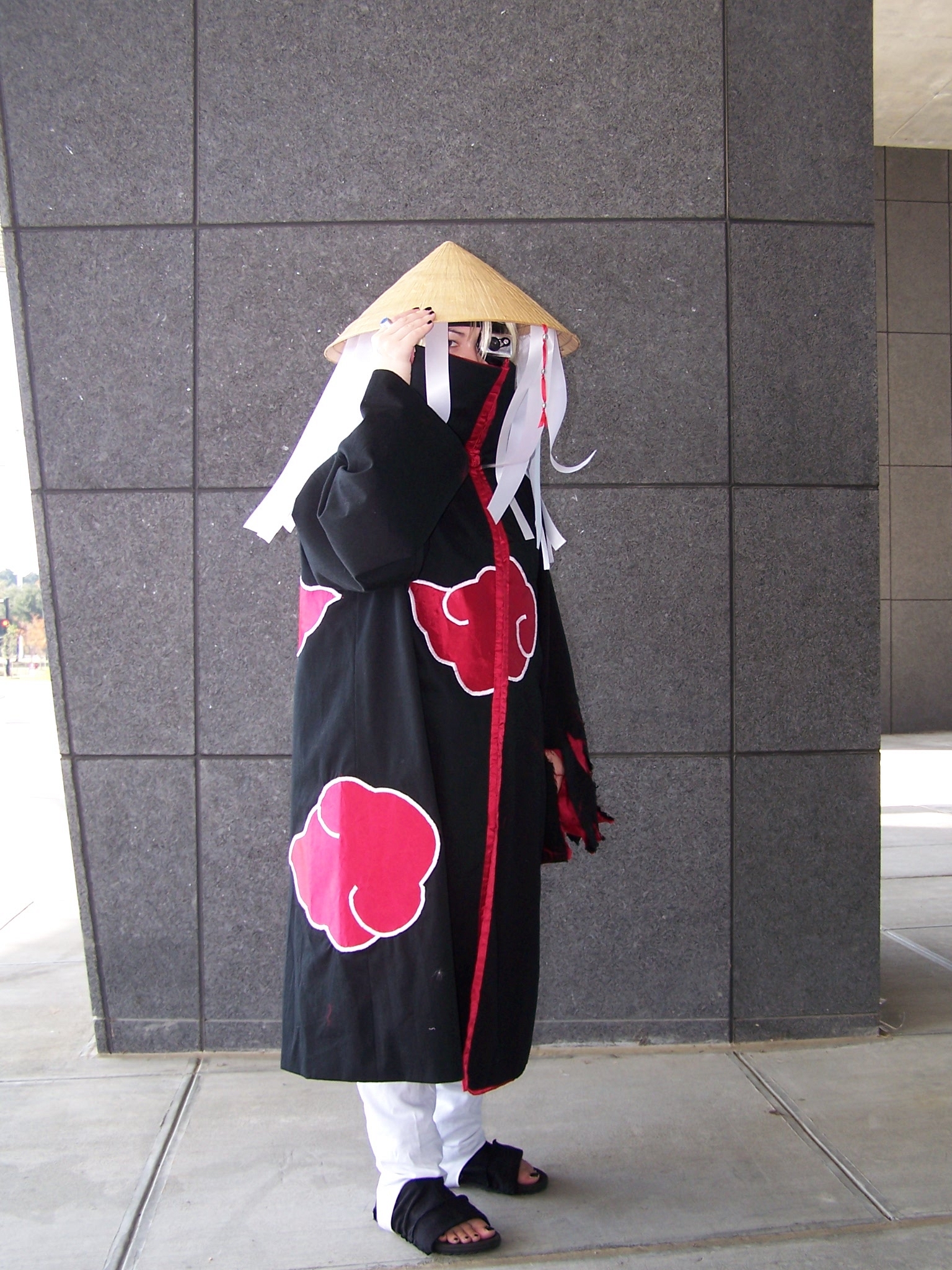 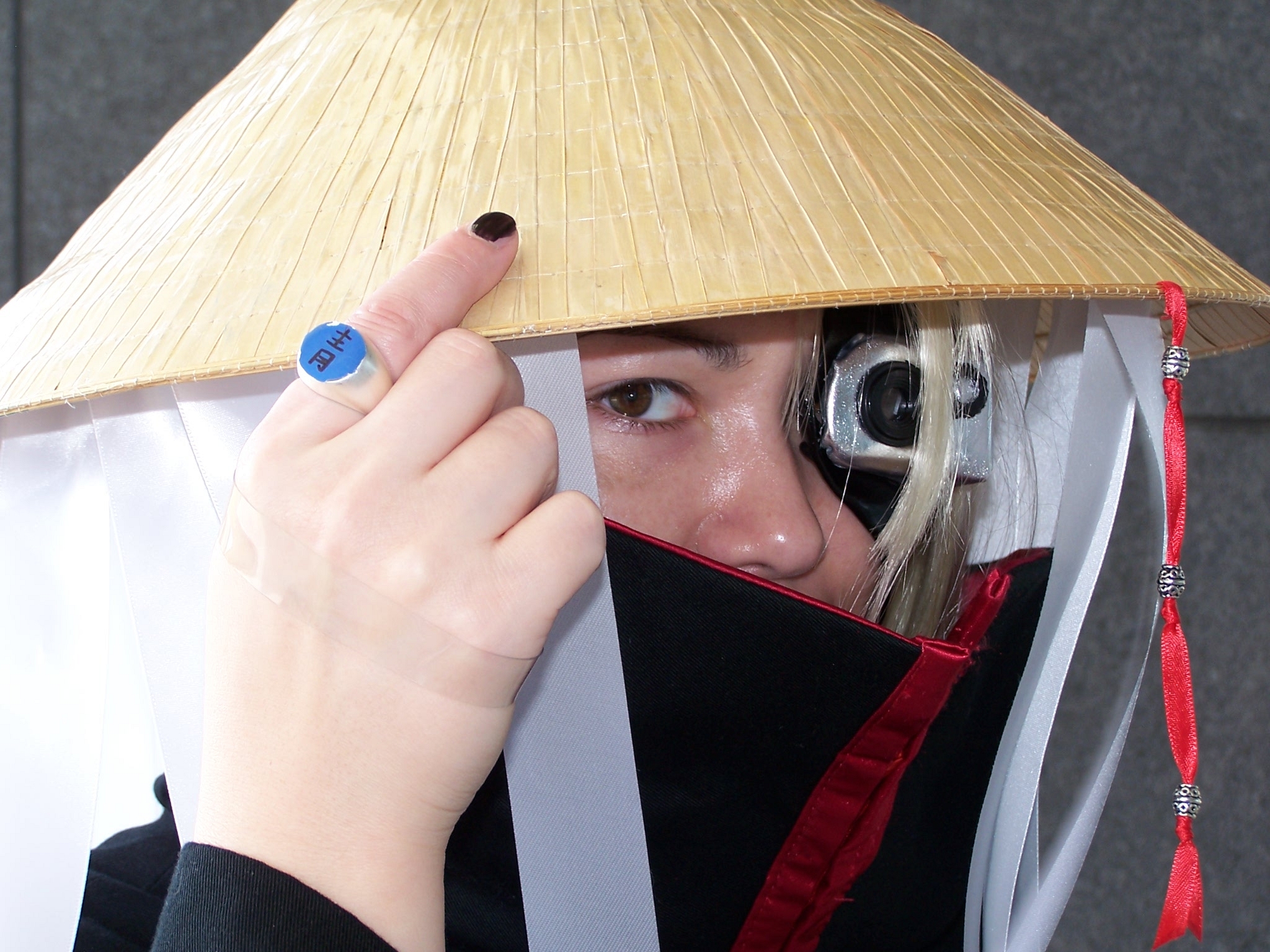 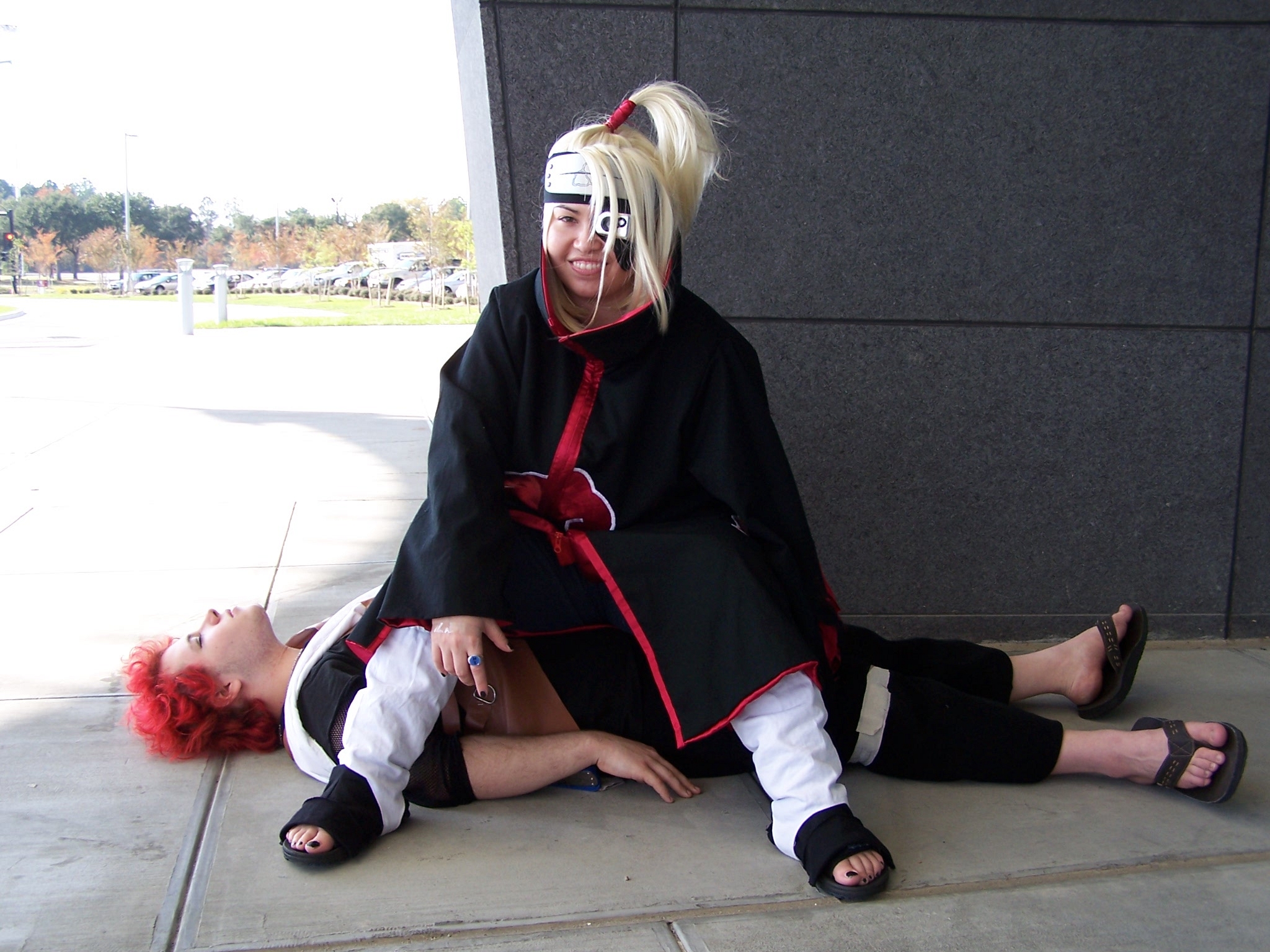 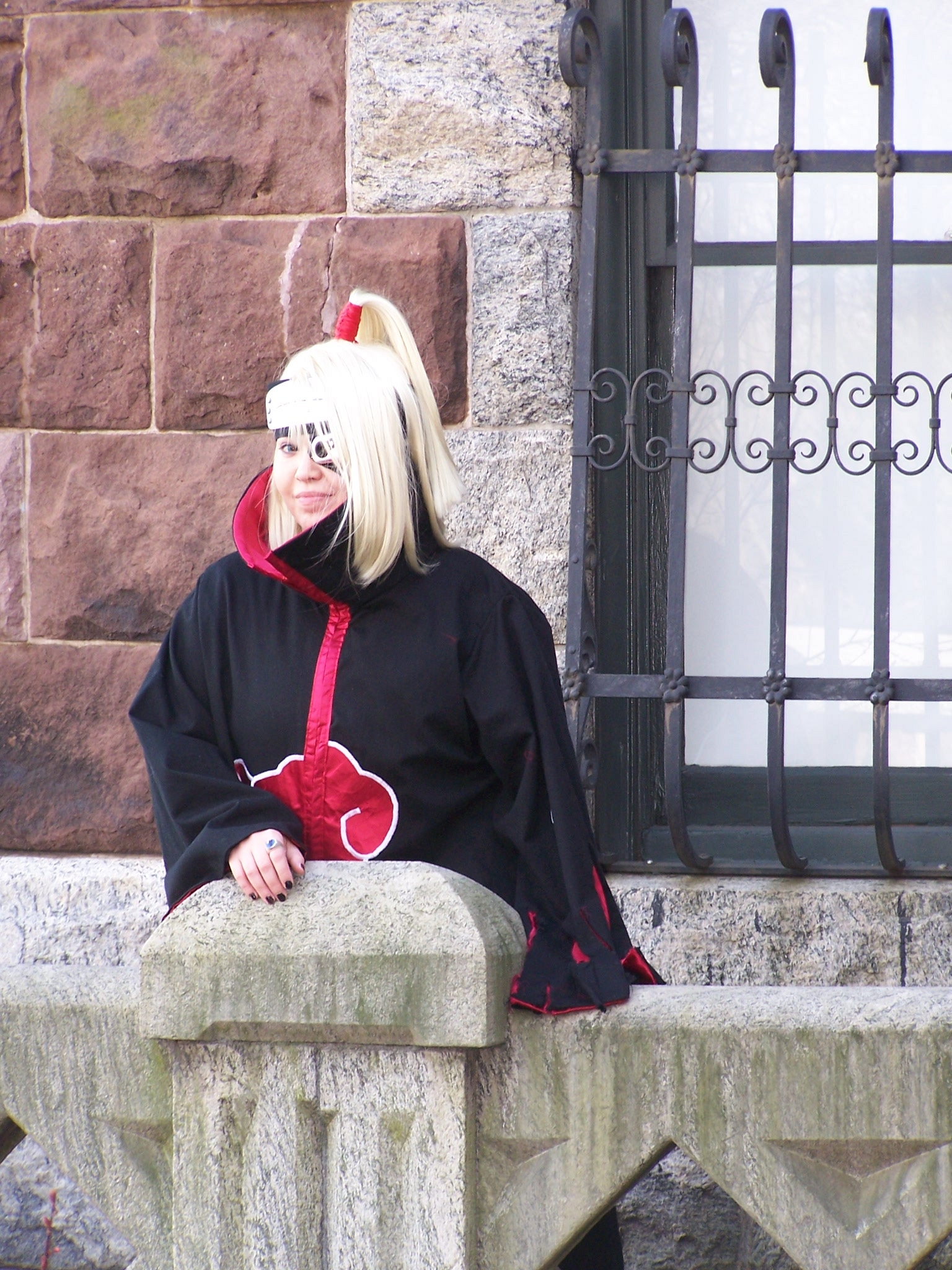 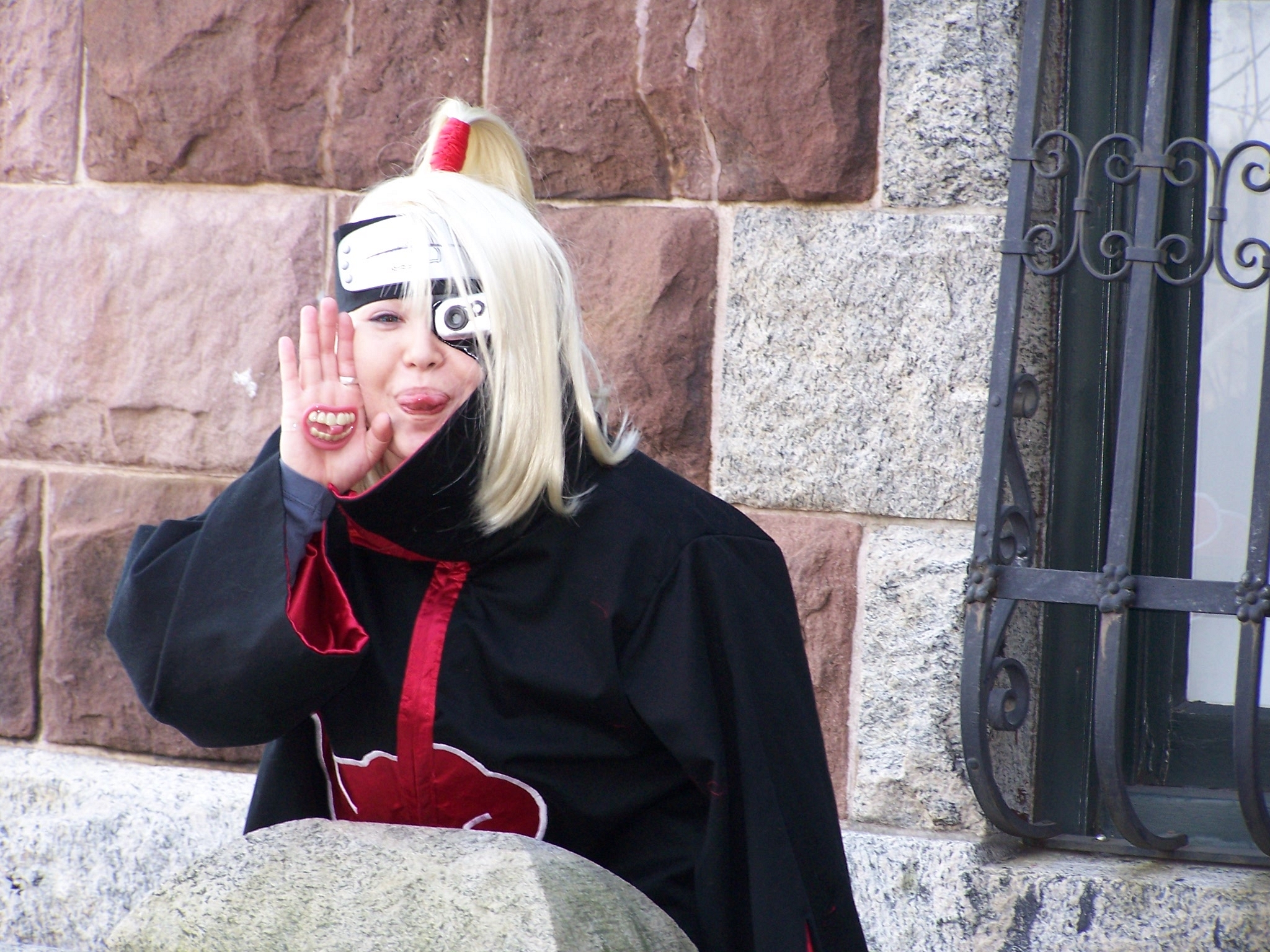 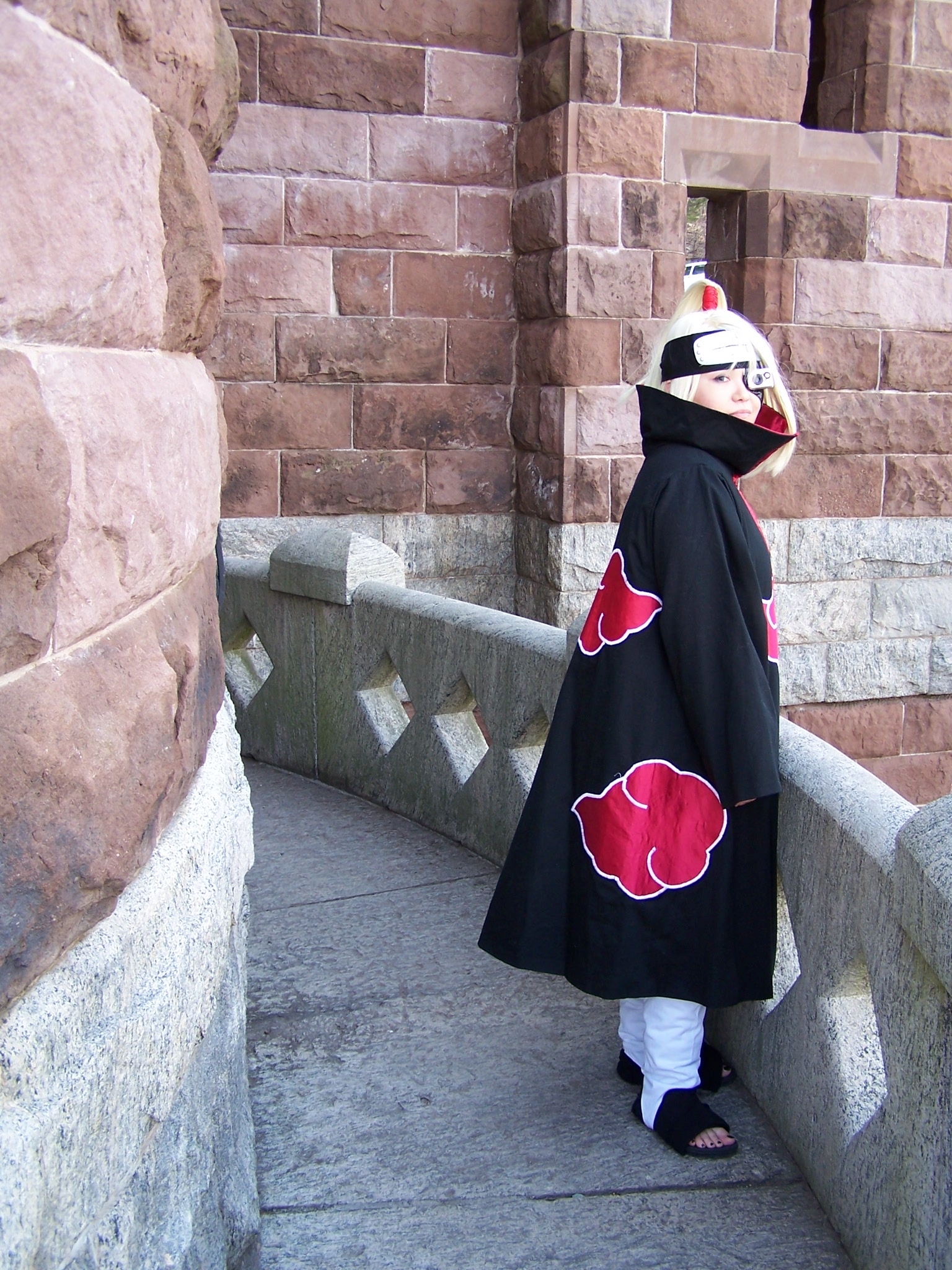